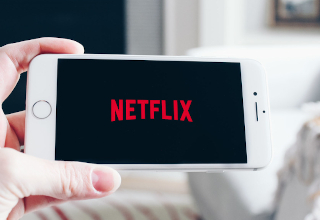 With all of us currently stuck inside a little more than we might like, we thought it would be a good time to talk about the best and worse of Netflix. The streaming giant has been in the UK for over eight years now, and since it’s launch it has been the home of thousands of TV shows and movies, from those of questionable quality to hidden gems (if you don’t have a subscription to Netflix, and wanted to look into it, this article from ‘Moneysavingexpert.com’, might be helpful) .

With that in mind we asked our staff team and sabbatical officers, a few questions about their viewing habits on Netflix, both to let us know what content they loved on the streaming service, but also maybe what to avoid!

Union: “What is your all-time favourite show on Netflix”?

Tiff Burnett (Student Engagement Manager): Two of the best crime dramas I’ve ever seen are ‘Manhunt: Unabomber’ and ‘Unbelievable’ – these are both very different shows, but both are based on true stories and both are brilliantly acted and completely riveting. ‘After Life’ also gets a special mention, I’m not usually a big fan of Ricky Gervais but this show was both heart wrenching and hilarious – plus Season 2 is coming on 24th April! One of my all-time favourite films ‘Shutter Island’ is currently on Netflix, it a beautiful, dark and atmospheric thriller with incredible cinematography and a fantastic soundtrack. Finally, for a life-affirming true story about an adopted Australian man trying to find his birth family in India, watch Lion – it will make you cry (the book is great too!).

Ellen O’Dwyer (Vice President, Activities): I loved ‘Orange Is The New Black’! I would wait all year for the next season and then watch it all in a few days and have to wait another year for the next! Also, I’m OBSESSED with ‘Sex Education’, and ‘Call The Midwife’ is just a classic I LOVE.

Andy Hodgson (General Manager): Whilst I love the ‘Witcher’, I’d have to go with ‘Stranger Things’ – I absolutely fell in love with this show the moment I saw it; with D&D, the 80’s, and monsters all wrapped up in a show that feels like Spielberg or Stephen king at their best, what’s not to love!

Megan Ball (President): ‘Mindhunter’ for sure. If crime, serial killers and the gruesome psychology behind it all is your thing – you’ll love it. It even has a bit of humour running through it too – so good!

Amy Trapnell (Sports & Societies Coordinator): It’s hard to choose one but I really enjoyed ‘Peaky Blinders’. It was wasn’t something I watched when it first came out, but I gave in and I am very glad I did.

Vic Hurley (Vice President, Education & Welfare): ‘Breaking Bad’. Simply perfect. There are of course some episodes of this absolute marathon that drag a little bit but overall such a brilliant watch. I’ve always loved Bryan Cranston since ‘Malcolm in the Middle’ was my favourite TV show as a kid, and you cannot fault Aaron Paul’s bad boy acting. If don’t know, get to know.

Ben Bishop (Venue Manager): Without a shadow of a doubt it has to be ‘Bojack Horseman’! I absolutely love all the true crime documentaries on Netflix like, ‘Making a Murderer’, ‘The staircase’, ‘Evil Genius’ and I have just finished the ‘The Tiger King’. But when it comes to Bojack nothing else is on the same level of dark foreboding humour.

Paul Anscombe (Marketing & Events Manager): Difficult to choose between 'Narcos' and 'Making a Murder' for a favourite series. Certainly go with 'Icarus' as a favourite documentary.

Union: “What is your ‘guilty pleasure’ show or film on Netflix”?

Tiff: It’s got to be ‘Tidying Up with Marie Kondo’, it’s so satisfying to watch and great to put on if you’re struggling to sleep. Or ‘You’ is another guilty pleasure – it’s such an addictive but ludicrous show, the main female character in Season 2 is called Love and every time he says “I love you, Love” it makes me gip (thanks for the northern slang VP Hurley).

Ellen: Recently I watched ‘Love Is Blind’ which was awful but I just couldn’t stop!

Andy: ‘Volton: Legendary Defender’. Yes I’m am ‘grown-up’, but why shouldn’t I enjoy a cartoon about giant robot Lions that join up to make an even bigger giant robot that fights evil across the galaxy…?

Megan: ‘Glee’. I’m sorry but it’s such a throwback to when I was a teenager. I love the covers of the songs, the plotline is ridiculously far-fetched, and the innuendo’s that definitely went over my 14-year old head, are now hilarious. Oh, and I still have a huge crush on Finn…

Amy: It has to be ‘Ru Paul’s Drag Race’ – It used to be ‘Friends’, but I completed that very quickly! Ru Paul’s Drag Race is incredible and it’s great to see the fluidity of gender being showcased and celebrated.

Vic: “Who am I? That’s a secret I’ll never tell. You know you love me xoxo...” YES I am your typical ‘teenage’ girl. I will happily sit and binge watch all 6 season of Gossip Girl for my 11th time while eating my avo on toast and drinking my iced latte. JUDGE AWAY.

Ben: GLOW!!! its so ridiculous and cheesy, but it's also a cast of lovable characters and the wrestling cameos make me very happy.

Paul: I'd probably say 'Designated Survivor'. At the start, I couldn't work out if it was car crash tv or really good. 3 seasons later, I still couldn't work it out!

Tiff: I find any kind of True Crime completely addictive, the most binge-worthy ones being ‘The Staircase’, ‘Evil Genius’, ‘Abducted in Plain Sight’, ‘The Innocent Man’ and ‘The Keepers’. Yes, I watch way too much True Crime.

Ellen: I think it’s fab that they have every episode of ‘Friends’ on Netflix… it’s perfect to have on in the background or binge while you’re having a lazy day. Also there are so many UK dramas like ‘Happy Valley’, ‘Bodyguard’, & ‘Doctor Foster’, which I LOVE.

Andy: For me a great binge show has plenty of episodes, so that you can really sink your teeth into the show, but not so many that you get bored. It also helps if you can watch it more than once and enjoy it again and again. For that reason, I’m going with, ‘Brooklyn Nine-Nine’. NINE NINE!!

Megan: Gavin & Stacey. Do I really need to say anymore? Nothing better than watching Nessa and Smithy fight it out, Pam and Mick’s hilarious relationship, and Bryn just being Bryn. The best TV show ever. Genuine.

Amy: 'Sherlock'. 100%. I loved that show and I am very sad that I binge watched it so quickly! I have moved onto the marvel series which are pretty good.

Vic: ‘Queer Eye’ 100%. It’s such a feel good show, that you can easily watch. Fashion, Lifestyle, Beauty, Food AND Interior design all in one, served with a side portion of sass and laughs. What’s not to love!

Ben: I'd say most of the true crime stuff is very binge worthy, but I think I watched the whole of ‘The Staircase’ in a few days, I literally couldn't believe quite how it all goes down. Saying that the madness of ‘The Tiger King’ is also hugely compelling

Paul: I Binge watched 'The People Versus OJ Simpson', twice!

Union: “What’s the worst show or film you’ve ever seen on Netflix”?

Ellen: To be honest… I can’t think of anything bad I’ve watched! I’m very careful with my selections, haha!

Andy: Boy can Adam Sandler churn out some questionable movies. I ‘endured’ the Netflix original films, ‘Sandy Wexler’ and ‘The Cobbler’, and really wish I could get that time back.

Megan: ‘Fractured’. If you want to waste two hours of your life, watch this film. Completely stupid plot line that is ruined even more with a ridiculous ending. I think Netflix might have even realised their mistake and removed it from the site, so you’re safe.

Amy: I can’t really say I have one because if I don’t like it, I turn it off! I have to say, I am not a fan of this ‘Tiger King’ series though. It just doesn’t seem to be my cup of tea.

Vic: Anything horror. Why on earth would I voluntary watch something that will ultimately make me not sleep, have vivid daydreams, make me even more scared on the dark than I was before? Just a BIG FAT no from me.

Ben: ‘Sabrina’! I grew up watch the original and was excited to hear they were making a 'dark' version of the show... but it’s just awful, it’s not dark at all, it’s just cringey, overacted and almost every character is dislikeable. There was no need to make this show and it missed the mark on all points.

Paul: Watched a really bad Ricky Gervais movie called 'Special Corespondents' a few years ago. Shame because his stuff is normally great. 'Afterlife' is definitely worth a watch.