RUGBY TEAM RUN VIRTUALLY TO CROATIA FOR THE NHS 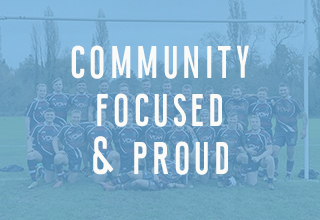 Starting Monday 20th April, 44 members of the University of Winchester Men’s Rugby Squad will work as a team to run 1800km (1118.5 Miles) over the space of a week. Seeing each member complete just shy of 6km a day. The team said, ‘we are doing this for the NHS and the amazing, selfless work they are all doing for the nation in such a bleak and uncertain time’.

This week the squad was due to be on tour in Croatia enjoying the sun and playing fixtures versus other Universities, along with over 600 other students representing Winchester Student Union’s Sports Teams. Unfortunately this isn’t possible but instead of focusing on the negatives, we decided that as a team we should run the distance to Croatia (1800km) in an effort to raise money for the NHS, Hampshire Hospitals Charity, and to show our ongoing support and thanks.

The team said: ‘Unsurprisingly, the whole squad are willing and eager to join in. Each member will run 6km during their daily allowance of outdoor exercise for 7 days. We aim to complete our run to Croatia by Sunday 26th April and hope other sports teams, societies and representational networks at Winchester Student Union (and other Universities) also take on the challenge!’.

Winchester Student Union’s Vice President, Activities; Ellen O’Dwyer added, ‘Everyone at Winchester Student Union is so proud of how our students are reacting to the current pandemic. Their efforts to support their communities throughout the year are commendable, but especially right now. So many of our students are coming together (virtually) to support each other, their communities, key workers, the NHS, and those most vulnerable, while continuing with their studies and assessments during this extremely tough time.

Winchester Student Union are now actively promoting virtual fundraising activities including the 1800km to Croatia Sports Tour Challenge to all its members.

You can donate here: https://tinyurl.com/y8wsf6oc