Hi, my name is Harry Sampson and I'm your friendly neighbourhood Communications Officer. Today I'll be showing you a great fundraising event put on by our fabulous Volunteering & Community Officer involving sponges and soaking.

Just outside the Terrace Bar on the ominous Friday 13th, a gathering of students began to emerge. Excitement was clearly in the air as several tall green people joined the growing crowd and walked tentatively towards a single white chair sitting isolated by the top of the steps. 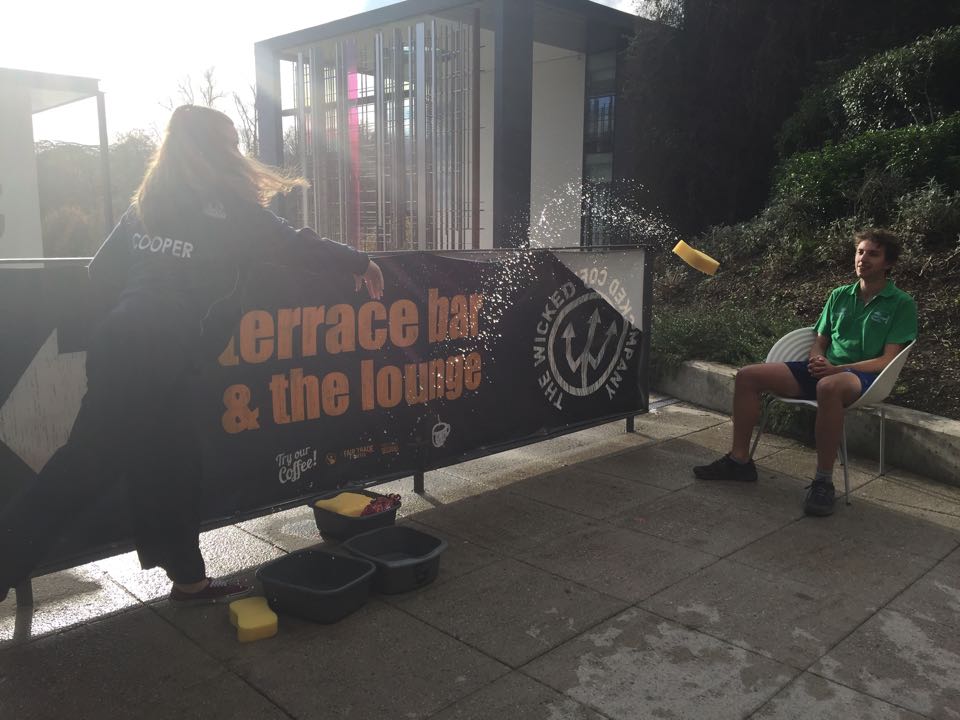 With Children In Need coming up, your Exec Team decided to take a hands-on approach to some fundraising by getting in touch with students. Above is a great example of our Equality & Diversity Officer demonstrating how to recieve a very wet sponge.

For over an hour, several of us stood around in the freezing cold and recieved sponge after sponge of soapy water. Students have never been so engaged. Armed with several buckets of water and a grim determination to encourage donations, we raisied a respectable amount of money for the chairty. Sponges were 50p per throw, though we also offered an entire bucket at the price of £10.

In all, dozens of students took part in soaking an Exec Officer of their choosing. This is just one of the many examples of your elected team doing the most they can for you; whether that be defending student rights, securing library opening times... or getting soaked for Children In Need. It just goes to show how fun it can be to get involved in Student Union-related activities. Though it is a pity most don't involve sponges and the sight of an extremely wet Savannah imitating a penguin, there are plenty of opportunities to get involved. 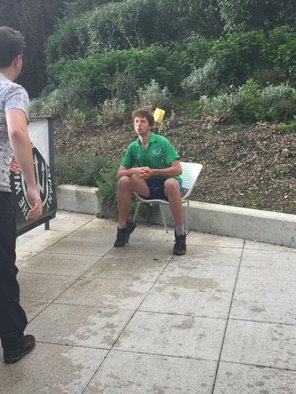 Some world-class feats were also present throughout the display. Above is an image of Jack deftly executing the well-know move of head-dodging more commonly found in the world class Sponge Olympics.

After an hour of getting soaked for the student cause we were all exhausted and shivering enough to think about retreating inside to the warm Terrace Bar. A sudden rise in wind speed cemented our decision, and soon we were back in the office squirrelling away on the next set of activities to improve student welfare.

It was a shame we had only brought a single towel. 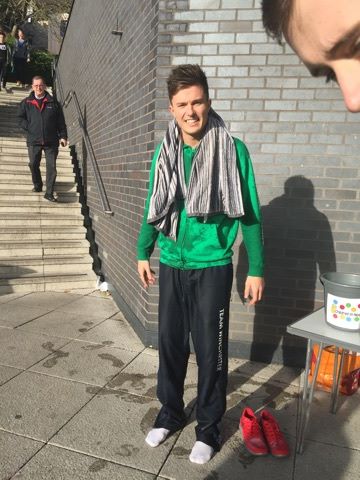